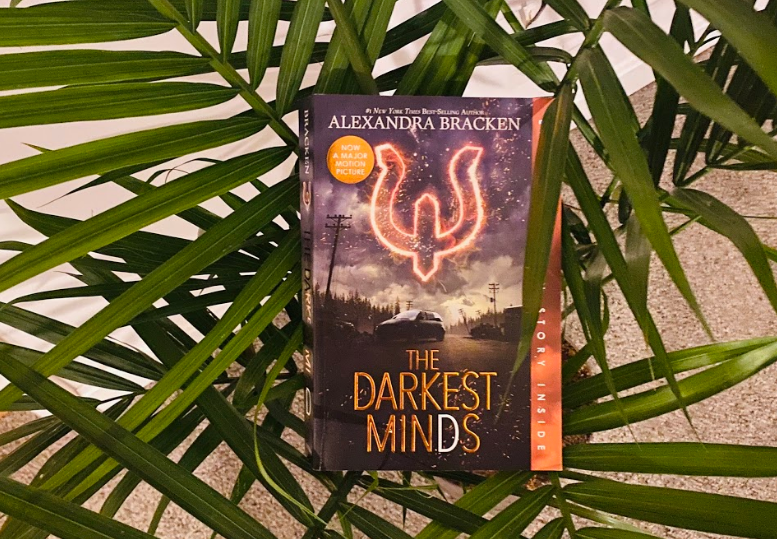 The first book of the Darkest Minds series by Alexandra Bracken.

Imagine waking up and your parents don’t recognize you, and then the next thing, you’re being taken to a camp away from everything you once knew. Alexandra Bracken’s The Darkest Minds is set to take readers on a loop of adventures and crazy plot twists throughout this captivating read.

Orange was Ruby’s color, making her the second most dangerous. The government sought out to find all the remaining kids who had these powers, but worst of all, killing the reds and oranges due to the fear of what they could become. Ruby escapes the camp and meets three new friends, including a yellow, a green, and a blue. The four seek out a refuge base known to help and protect any kids who escape the horrors creeping through society.

On Goodreads.com it was rated five stars by user Kaylee M.

“The Darkest Minds succeeds where I feel 99% of dystopian novels fail in creating a terrifyingly dark yet realistic world that could very much happen tomorrow. Not only was I extremely immersed in the world, but I believed in it. That isn’t an easy thing to pull off!” states Kaylee M.

Kaylee M. goes on to explain how she enjoyed the structure Bracken used with describing the state the world is in. Bracken doesn’t tell the reader all the background information in one chapter which is known to bore the reader but instead breaks it up throughout the book making the reader want to read more to figure out the mystery behind everything.

On yabookscentral.com, user Elizebeth Drake gave the book a five-star rating in all four categories including, overall rating, lot, characters, and writing style.

Drake states, “The characters are wonderfully well written and developed so that the reader comes to love them, but also recognizes that they are flawed in a very realistic way. Their relationships are so genuine and the romantic angle is weaved into the plot so that it supports the action, rather than stealing center stage. The villains . . . are equally well written and aided the plot in becoming one of the more exciting and horrifying ones that I have read this year.”

Many don’t believe in the act of watching the movie before the book but I am guilty of this one, but as always, the book did wind up being much better than the movie. I would highly recommend checking out the book series along with the film production.

If you’re one who enjoys sci-fi or thrillers, definitely add this book to your list. You can find the book online free at novelfreereadonline.com or purchase the first book on Amazon for $8.79. To make the most of your money, you can order all four books for $35.99. The movie can be purchased on both Amazon Prime and iTunes for $14.99 or can be rented on either one for $3.99.