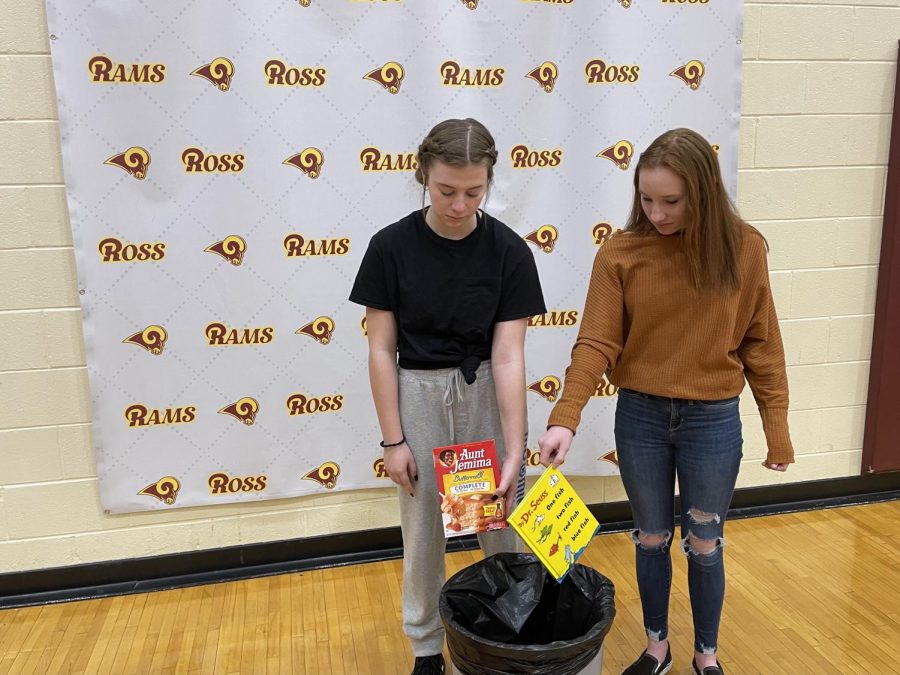 Mr. Potato Head, Aunt Jemima, Dr. Seuss, the founding fathers, gender reveal parties, math, Pepe Le Pew, and Cracker Barrel. Eight things that seem totally unrelated. Surprisingly though, they all have something in common. What is that: They were all “canceled.”

Let’s start at the beginning. What is cancel culture? According to dictionary.com,“Cancel culture refers to the popular practice of withdrawing support for (canceling) public figures and companies after they have done or said something considered objectionable or offensive. Cancel culture is generally discussed as being performed on social media in the form of group shaming.”

It’s not exactly the same, but in the past individuals were fired for things such as their race, religious beliefs, and sexuallity, which is wrong but, how is it different to fire someone for having a certain political belief than it is to fire someone for religious beliefs? Why is one defended while the other is not? Who determines which beliefs are accepted and which are not?

So what is the purpose of cancel culture? Well, to me, it seems to be a way that “heroes” on the internet get to serve their justice by shunning and shaming people online.

There’s a big majority of people on social media that believe in ruining anyone’s life who doesn’t agree with them. But, newsflash: there’s this thing in America called the Bill of Rights. Included in the Bill of Rights is our 1st amendment right, the freedom of speech.

Rebecca Taylor, a business teacher here at RHS said, “I think we need to stop canceling that stuff [that stuff implying toys and cartoon characters] and start trying to be more empathic.”

I totally agree. I think we need to not jump to completely canceling things, but rather acknowledge our differences. We live in a country where there are very many people, with very different beliefs. It’s not hard to coexist in a society with people who disagree with you. It just takes effort. An effort many aren’t willing to make. It’s harder to acknowledge that some people believe differently than you, and so instead we as a country have resorted to just “canceling” them, or really, get rid of them.

Social media sites seem to be the root of the issue. Specifically, Twitter, Facebook, and Instagram. They ban anyone who does anything that upsets anyone. The point of social media should be to bring us together, not cause a wedge between us. To be fair those sites are private corporations, but what about the app Parler? They were their own corporation, who encouraged freedom of speech for everyone. And then they were removed from their servers in January. Because they “incited violence,” which seems to be the new excuse for silencing conservatives.

Also, we’ve resorted to canceling cartoon characters. In the new Space Jam movie, they’re removing Pepe Le Pew, because he “represents rape culture.” Which in my opinion, that’s highly hypocritical, seeing that some high authoritarian government official figures have been accused of rape.

Another canceled cartoon character, Mr. and Mrs. Potato Head, they’re childrens’ toys. They weren’t made with the intentions of being transphobic. Like why is a society of grown adults, harping on the fact that they gendered a toy potato, when there’s literal issues in the world? I’m not the only one who feels this way either.

Coach Gray said, “I think there are bigger issues in the world than what the cancel culture goes after.”

And when you think about it there’s so many more things that should be “canceled” over a toy potato. Things such as human trafficking, and Muslim concentration camps in China.

Dr. Seuss? Really? As Dale Vangen, head custodian at RHS said, “Dr. Seuss is a national treasure.” and as sophomores Ally Bitel and Kaileigh Schneberger state, “It’s our childhood.” and “they’ve been around this long, why cancel them now?”

Why cancel them now? Why wasn’t Dr. Seuss racist when the 2008 presidential administration brought them into the White House?

Cancel culture has real repercussions too. Gina Carano was recently under fire for some controversial tweets. I won’t get into the all the details, but soon after posting conservative leaning tweets, the hashtag “#fireginacarano” was trending on Twitter. She was actually fired. I’m sorry, getting your feelings hurt has far less repercussions than losing your job. She does not have a job anymore!

And let’s not forget Aunt Jemima, and the Native American on the Indian Lakes butter, why is it racist to have representation of people of color on food products? Little Debbie is still a thing, so wouldn’t it be racist to remove people of color from food packaging?

It’s like the Twitter population finds something to cancel, cancels it, gets bored, and searches for more. Most of these things are for reasons of, “well, it hurts my feelings.” But now we’ve resorted to using serious terms, such as “racist,” “homophobic,” or “sexist,” to describe what we don’t like. But there’s never any proof to back those claims up. Which is really demeaning towards people who have actually experienced racism, sexism, and homophobia.

And as of removing statutes and such of the founding fathers, I think that’s a slippery slope to travel down. Think about it from this perspective. If we remove all history that includes racism, or sexism, what will we have to compare the present to? We wouldn’t, and when you don’t know history, history repeats itself.

All in all, I see cancel culture as a way for our soft society to silence and oppress people with differing opinions. It limits discussion, growth, and learning. It’s going backwards in the direction our country has come. And I’m not saying that we shouldn’t challenge each others’ beliefs, because we should. But challenging beliefs, and completely trying to sabotage someone you don’t agree with are two completely different things.