The Impacts of Social Media on Teenage Mental Health 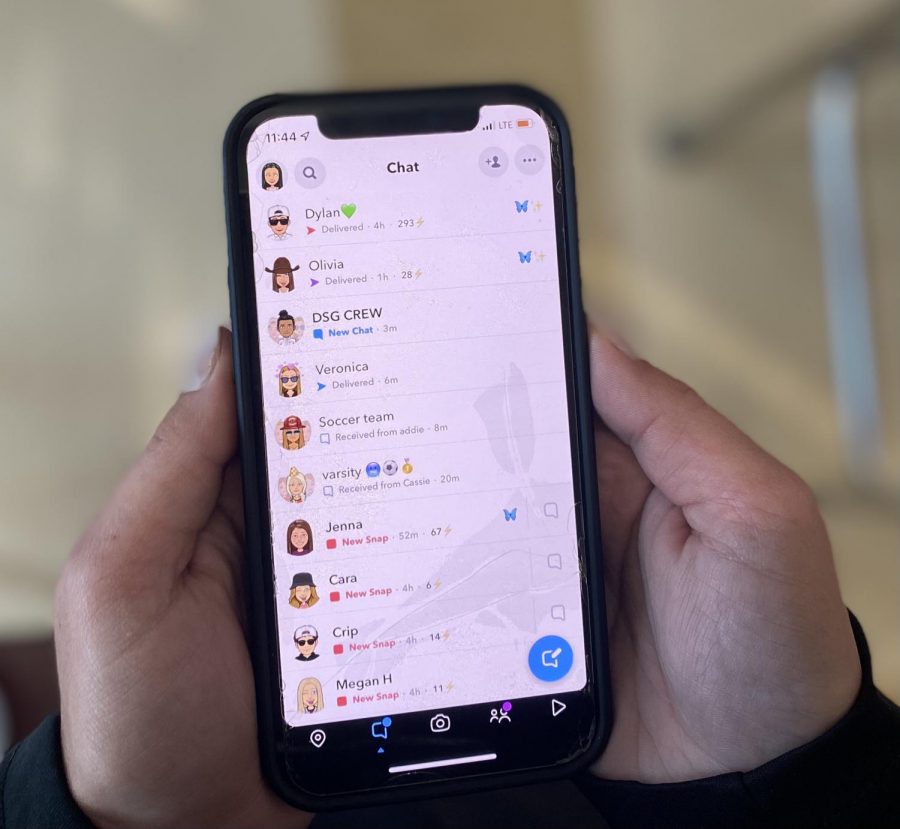 Social media creates a separate world which causes problems that teenagers wouldn’t normally deal with outside of their phones and the internet. Social media apps also leave a big impact on teenagers which show differently within the distinct genders, and can lead to insecurities and mental health disorders.

Most of these apps are filled with models and other images that set high standards which cause  teenagers to be insecure about themselves, whether it be their hair, body, or clothes. Social media generally targets their ads to the teenage population and some of these ads and accounts are the leading reasons for insecurities in teenage girls. It can also lead to higher depression and anxiety rates because teenage girls are constantly getting stuck in a cycle comparing themselves to people with perfect bodies and people they wish they looked like. Ads on social media are toxic because they always pick perfect bodied models with the most silky hair and the ideal clothes and everything teenage girls could possibly want and long for. When teenage girls see these ads they want to be as ‘perfect’ as those models and begin to think that they aren’t good enough.

An anonymous female source from Ross High School stated, “It constantly shoves it in your face the perfect body type or that you need to wear make-up to look pretty and over all makes teens depressed and self-conscious and constantly think about how you look in public. That you can’t not dress nice or else you look poor but don’t over dress either or you look self absorbed. It also tells you, you should dress this way because no one else does and keeps you from over all being who you want to be.”

Social media doesn’t only take a toll on teenage girls, it also challenges teenage guys. Most teenage guys are affected through athletics, influencers, and people voicing their opinions rudely. Teenage guys like teenage girls feel the pressure of influencers, how they are perfectly represented on social media and how they set high standards. The pressure teenage guys feel from influencers on social media is often the need to be muscular and have abs. Influencers are constantly posting about how guys need to be sporty and athletic, also how they need to workout all the time and be ripped. Influencers show off their perfect bodies which make the teenage generation want to be just like them which can be very toxic and dangerous if not dealt with the right way.

Junior Greg Vaughn stated, “Most advertisements on social media are targeted towards teenagers and young adults and are generally ads mentioning things like body type, mental state, and what “society” wants. This tends to cause teenagers to become self conscious about their sense of self.”

A lot of the males also feel targeted on social media apps because of people who feel protected behind their screen. Some teenage girls do feel this way and have had this happen as well. On a google survey that was posted to RHS there was a higher average of males that feel like people take their rude, hateful comments, and opinions out over social media and a phone screen.

Vaughn stated, “On social media, just about anything can be said to anyone. Whether it be good or bad. If anyone wanted to make someone feel bad, they just have to find any profile.”

I personally believe that teenage mental health is negatively impacted by social media. I also believe that many teenagers are impacted with anxiety, depression, and insecurities a lot more because of social media. Social media is a site for multiple bad things that is generally very toxic and very harmful for teenage mental health. I suggest taking a break from social media and trying to better yourself. You cannot control the way you were born but if you want to try and have ‘the perfect body’ then don’t starve yourself and give into the odds, instead beat the odds by setting and reaching your goal in a healthy way. Don’t try to constantly live up to other people’s high standards and expectations. Try to improve and live up to the standards and goals you set for yourself. Remember that we are all humans.