The Argument of Abortion 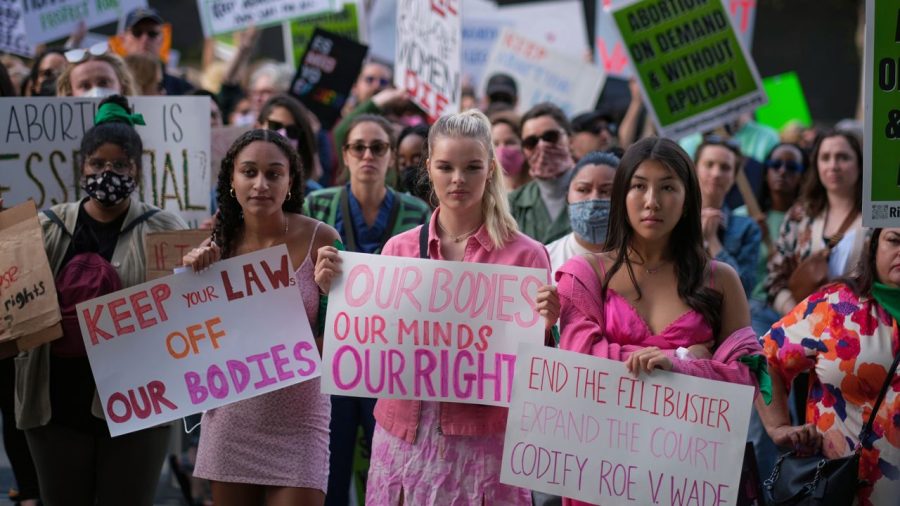 In 1973, The Supreme Court of the United States ruled that a woman may choose to have an abortion without interference of the government, by the Due Process Clause under the 14th Amendment. Now, in 2022, the Supreme Court is rumored to be overturning the ruling from 1973, banning the national right to abortion.

On the night of May 2nd, Politico, a slightly left-centered but highly factual news outlet, leaked a draft majority opinion from the Supreme Court concerning the landmark case Roe v. Wade. The draft was written by Justice Samuel Alito and contained 98 pages of the justice’s opinions and previous state stances on criminalizing abortion.

If the original decision of Roe v. Wade gets overturned, the power falls to the states to decide if abortion should be legal within their boundaries.

What does this mean for Ohio? CNN states that Ohio would be one of the states to “…have so-called ‘trigger bans’ in place that are designed to almost immediately enact near-total bans on abortion if Roe is ever struck down’”. Those who are looking for abortion will have to go to Illinois or Pennsylvania in order to have their right to abortion protected.

The reveal of the Supreme Court’s plan to overturn the precedent launched shockwaves of unrest through the United States. According to National Public Radio, an independent non-profit media organization, “Chief Justice John Roberts confirmed the authenticity of the document, but noted it doesn’t represent the court’s final position”.

While the opinion could change, political researchers studying the draft say it’s unlikely. The conservative-leaning justices, including the Chief Justice, will likely overpower the three other liberal-leaning justices on the matter.

The final draft will take a long time to plan and write. Additionally, the justices, although they are supposed to act only on their interpretation of the Constitution, sometimes refer to the backlash or acceptance of the public to see if their decision is the best for the nation.

The New York Times states that, “The final draft is suspected to be released in June or July.”. The protests and outrage from certain groups will likely continue until then, and might even increase in number as the date approaches.

The future for abortion is uncertain, and may continue to change even after this final decision gets revealed.