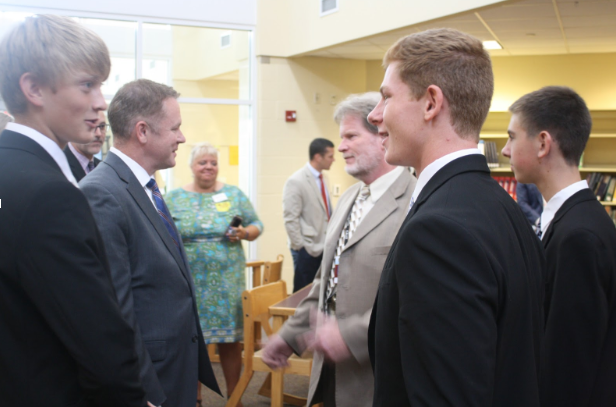 Tuesday’s visit allowed Congressman Davidson the opportunity to praise not only the company itself and the ideas the students were coming up with but also their business plan and the fact that they are high school students launching a non profit company to help fight hunger and poverty.

“This is a real functioning company run by students, and most other companies can’t even make it that far. That is something to celebrate,” said Congressman Davidson said.

Congressman Davidson toured JEE Foods Board member, Mr. O’Neill’s classroom and heard about recent and future plans including the new coffee shop that recently opened up at Ross High School, Maroon Mocha. He recognized them on their worldly success and encouraged them to keep fighting the good fight. Congressman Davidson thanked JEE Foods for “fighting poverty and hunger globally.”